Advanced usability tips for your charts

Businesses these days are becoming more and more analytics-driven, and applications powering these businesses are putting more emphasis than ever on their reports and dashboards. While plotting charts and gauges does help make more sense of the business data, the analysis can be empowered further by making the charts more usable.

Here we discuss advanced tips on how to make the charts in your reports and dashboards even more usable.

If you are talking about four million dollars of profits every year, then talking about the twenty five cents part of the figure doesn't add much value. Remove the unnecessary precision. 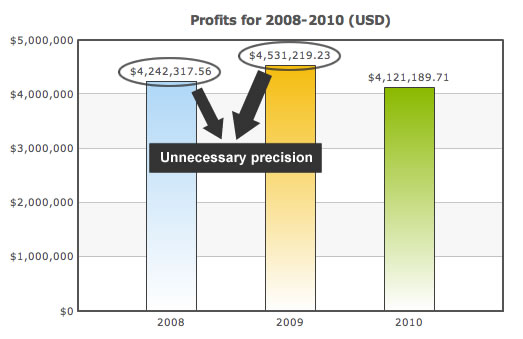 Round off the numbers to their nearest integer, or even hundreds and thousands. 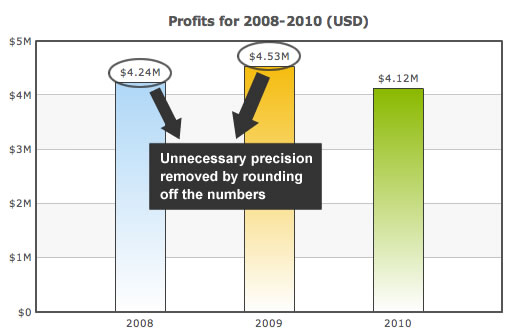 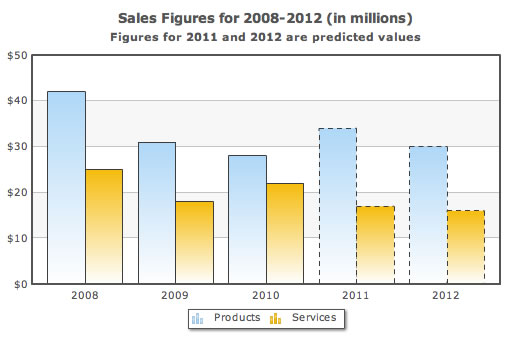 Dashed borders are sometimes used to highlight a data set as well. But with a small note in the caption or axis labels mentioning this, you can make it clear that you are showing predicted values using the dashed border.

Use vertical separators when plotting data for irregular intervals

Typically, the dynamics from one calendar year to another change quite a bit. To make sure that the user knows when 2010 ends and when 2011 starts even when he is deeply immersed in his data analysis, put a vertical separator line between 2010 and 2011. Your data stays the same, just that with the separator you are doubly sure the user will know the transition from one year to another. 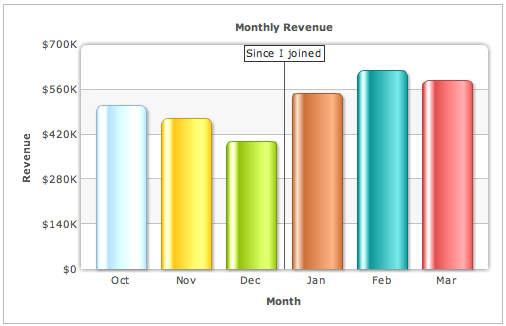