This year’s JSFoo set the bar for what a tech conference in India should be like. This JavaScript-developer-centric event that took place in Bangalore on 20 and 21 Sep brought together some of the brightest minds in the industry for a two-day tech extravaganza.

Any event is defined by the quality of headlining speakers, and the participants they attract, and at this year’s JSFoo it couldn’t get any better. JSFoo featured not one, not two, but three well-known speakers from Mozilla – Robert Nyman, Francois Marier, and the famous Chris Heilmann.

Robert Nyman began day 1’s proceedings with his talk introducing Firefox OS, and the need for an open, web-based mobile OS. You can view his deck, or read his recent blog post which covers some of the key points he made during his talk.

Later, on day 1, Francois Marier took stage to talk about Mozilla Persona, and how web developers can simplify user logins by using BrowserID than an email ID and password. He demonstrated how this works very effectively with a neat little skit. You can view this interesting talk on HasGeek.tv.

On day 2, the much awaited Chris Heilmann delivered a marathon 1 hour keynote, advocating that HTML5 is here, and is no longer a distant dream. He urged attendees to start getting familiar with using HTML5 for simple operations, and gradually progress to the level of experts.

To summarize the talks from Mozilla, they all, not surprisingly, preached the mantra of openness, not just in browser technology, but even with the OS. A lot of the content pointed back to their fledgling Firefox OS. There was a lot of excitement with a few prototype Firefox OS devices available for demo. While I wasn’t surprised by the occasional dissing of Apple and Microsoft, I was curious about the downplaying of android, and its shortcomings as a mobile OS. To be fair though, all speakers gave credit where it was due, even appreciating open source contributions of Microsoft and Adobe. It’s gonna be hard for HasGeek to better this year’s headlining acts next year.

FusionCharts had a booth at JSFoo, and there was a lot of interest around what we do. At our booth, we had a neat little game can JSWarrior, which has six levels, and is played by writing simple JavaScript code. We also gave out cookies (real ones, not document.cookie) for everyone who completes all six levels. It was a runaway success with over 150 people completing the game. Chris Heilmann tweeted that it’s an interesting way to ‘teach coding by writing commands to play a game.’ Do visit JSWarrior.FusionCharts.com to have a shot at the game. 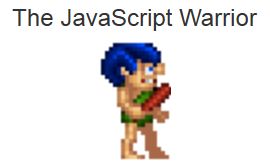 The most important part of our presence at JSFoo was to take the covers off our proprietary extension of the Raphael.js library called RedRaphael. Here’s the deck that @sushantbs used for his talk:

It’s already up on GitHub for you to play around with, but stay tuned for a more detailed look at RedRaphael’s capabilities, which we’ll be covering in an upcoming series right here on our blog.

HasGeek – A Platform for Discussing Technology

Zainab Bawa, Co-founder, HasGeek, blogs about the event from her perspective, and comments on the process they followed for content curation. I think they’ve scored high in that department. There was a wide range of topics to appeal to any kind of developer. From the testing solution, BugBuster, to the flying robot, AR.Drone, there was something for everyone. Here’s a video of Sreekanth scaring the front row of the audience with his flying AR.Drone. This was one of the more entertaining talks at the event.