In today’s world, more than 2.5 quintillions (that’s 18 zeroes!)  bytes of data are being recorded every day. Therefore, most of the data storage systems are getting filled at an exponential pace, commanding far more data centers. However, what we need to keep in mind is, each of these data records has a time element mapped to it, which provides new opportunities for gathering insights.

The Benefits of Understanding the Data

All of this data is not being stored pointlessly though, it has a purpose – and one which changes with every user. Organizations want to serve their customers better, and academicians want to understand real-world observations. Also, governments want to run better welfare programs, and developers want to make better algorithms and systems. All people, in general, want to live life with better clarity and make informed decisions. 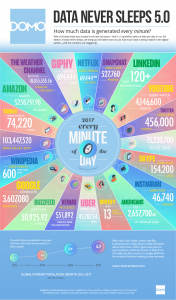 So, can only recording data enable this? Certainly not! Recording data is just the start of the process – they call it data capturing or data gathering. The real fun starts after this when we try and understand the data. To understand anything, we should know its fundamental nature. Fundamentals of data include – measure, dimension, and time. Although measure and dimension may sound ambiguous to normal users; they immediately understand time – you know, “when was this data recorded?” All data storage systems store data against a timestamp.

Understanding this mammoth of data is not easy. The pool of data analysts, data scientists, and data viz experts spend their entire careers enabling people to make better sense of their data. They often tend to represent data in a visual form. Visual displays make the understanding easy for the common man too. Even amongst all visualizations, Time Series Charts have always been a popular theme.

In this article, we talk about out all the advantages FusionTime brings to the table for making Time Series Charts and Graphs insightful and beautiful.

The web today is limited by the power of browsers. Having said that, it becomes very easy to say that better-performing time series charts will be there when the browsers become more powerful. FusionTime focuses on optimizing browser capabilities. In FusionTime, the concept of data tables ensures that the browser capacity is optimally utilized, resulting in an enhanced experience of time series charts across all browsers and devices.

Deal with the Curse of Missing Time Series Data

It is very important to showcase when data has not been recorded/observed for a particular time interval, in the overall time span. FusionTime does this beautifully, by showing time instances with missing data values as empty gaps. Imagine a situation when some IoT sensors, which were supposed to work in an automated environment fail to capture some observation due to some internal faulty behavior or some external disturbance like fluctuating power supply. Will it not help if such situations can be easily identified? Well, FusionTime takes care of such situations by default, to give a wholesome experience of time series visualization.

Each use of a time series chart is unique in itself, which creates a need to customize them, by either adding better branding elements or specific aesthetics. FusionTime has been deliberately designed with pleasing default options, which can be customized very easily. It helps developers create a unique experience for their end-users.

Zoom Into Your Time Series Data

Multiple things can affect the data observation for a particular time instance. Bad weather can affect footfalls and sales in a departmental store, employee attendance is generally poor during Christmas, TRP will be high during Super Bowl telecasts, etc. Overlays on time series charts, which provide more context to the nature of the observed data can be immensely helpful. FusionTime takes care of this and represents time markers for both cyclic and acyclic events.

Annotating flags on specific data points help in a better understanding of the chart. The reasons for spikes in stock prices, fall in interest rates, population saturation in a population growth curve, mortality rate decrease, etc. can be marked very easily on data points using FusionTime. This helps users understand the exact reason for the observed behavior in time series charts.

There are situations when we want to see our time series charts against a benchmark value. For example, “on how many days does my stadium reach 80% of the sitting capacity?” A reference line can be created for such cases. The time-series data is then visualized against the reference line as an overlay. For better understanding, one can also describe the name of the reference line. Features like this, enhance the understanding of time series data and are available by default in FusionTime.

See the Data for any Time Period

Often our time series data is very large. There are situations when we want to focus on specified periods, like  “last 1 year”, “quarter till date”, or even from “1, May 2018 to 23, June 2018”. Range selectors come in very handy in these situations. Standard range selectors and custom range selectors are both available as extensions in FusionTime. They are placed above the time series charts and smartly show the options which are contextual to the given period being viewed. 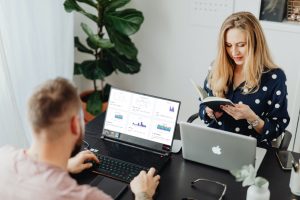 Why It's Easier to Succeed With An Interactive Graph Than You Think? 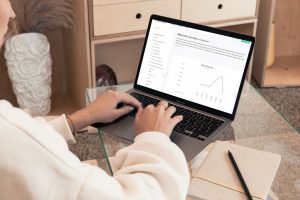 How To Make A Real-Time Bitcoin Ticker Chart 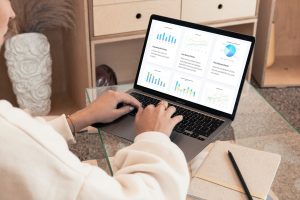