Today we turn six. It was October 23rd, 2002 when FusionCharts was first released to the public. And here we are now, six years older and wiser, telling you the story of how we grew up.

When we were starting off, people did not take Flash seriously. It was considered a tool used to make ‘cool’ animations which could be put up on personal homepages. We challenged ourselves to change the world, or at least what it thought of Flash. We set ourselves a goal – to change the way web developers created charts for their applications, by leveraging interactive options provided by Macromedia Flash (version 5 then). And to achieve all this, we had one developer who did all the coding, documentation, sales and customer support and changed accents when you thought the call had been transferred from the sales to the technical department. We were putting up in a one-room office in a residential apartment which had enough space for the “developer” to stretch his hands and legs, one at a time. We had no revenue, no venture capital, no nothing except the little seed capital saved by our founder from his consulting gigs and a previous rudimentary charting product, whose complete sales database is still intact in his mind.

Six years down the line, today we boast of:

We would like to take this opportunity to heartily thank all our customers, users and well-wishers, without whose support, criticisms and feedback, we would not have not have been able to achieve this milestone. Thank you all! If you’re in and around Kolkata (India), join us for the party on Saturday – pizzas and beers are on us!  Just drop us an email at support [at] fusioncharts.com beforehand to let us know if you like extra cheese on your pizza.

Ahead of us lie great challenges and opportunities. We’re striving our best to deliver even better data visualization components for your applications. FusionCharts v4 is currently under development and will be out in another 6-7 months with exciting new capabilities and features – look out for it, it might just change the world! Or, at least our developers think so! 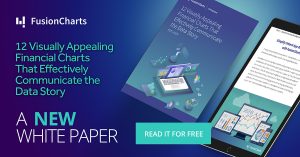