Let’s say you want to go out for an expensive dinner. But since it is expensive, you want to make an informed decision about where to go. So you pick up a set of magazines that review such restaurants. And to help you decide, you plot the ratings in a visual format, say a separate column chart for each magazine. 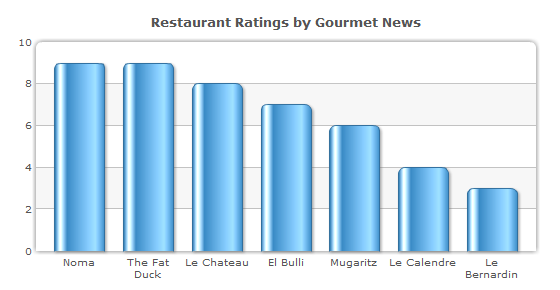 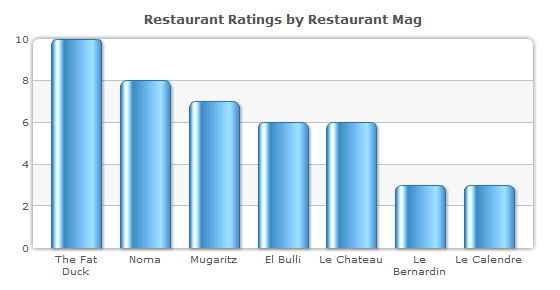 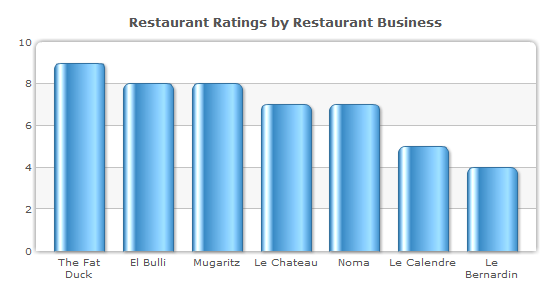 The column charts do a great job of bringing out the highs and the lows in the ratings. You can easily see that Noma and The Fat Duck come highly recommended by Gourmet News, and Le Benardin is best avoided. But knowing how subjective these ratings are, which the column charts clearly show, wouldn’t you like to consider all the ratings at once to make your decision?

Bring in the Heat Map Chart

The Heat Map Chart represents data in a tabular format with user-defined color ranges like low, average and high. So putting together all the ratings from different magazines, you will arrive at the following heat map chart. [Explore more Heat Map Charts] 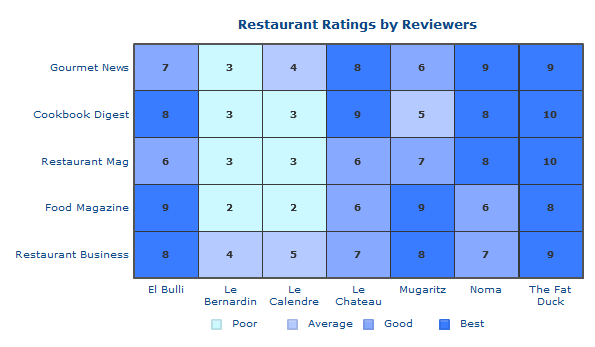 As you can see, the condensed color-coded format of the Heat Map chart makes the data much more easy to understand. You have your ratings for each restaurant effectively categorized under the Poor, Average, Good and Best ranges.

You can also selectively hide or show any range as well. For example, you can see values only in the Best range by “switching off” all other ranges from the legend. 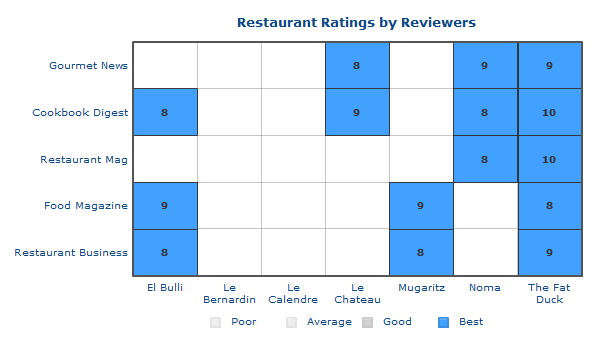 Now how about taking it a step further? Rather than having predefined ranges, how about choosing your own range on the chart itself?

Bring in the gradient legend

The gradient legend is a continuous range, instead of being broken into three discrete ranges. This affects the rest of the chart as well since the data sets pick their color from where their value falls in the gradient range instead of one of the three discrete values. 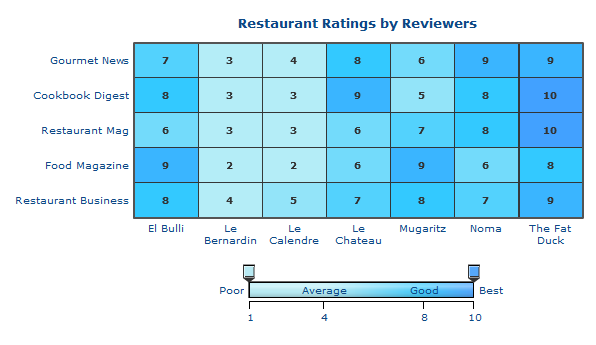 You just have to drag the pointers to select whatever range you want. 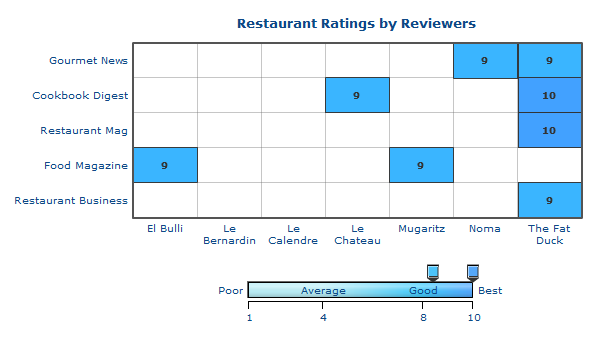 Applications of the Heat Map Chart

In the chart below, we are visualizing the weekly CPU utilization of 23 computers in a network. Here you can easily know which computers have logged extreme values. If it were not for the heat map chart, the data would have been visualized using separate column or line charts which would’ve been very cumbersome. In the Weekly Performance chart below, it is very easy to distinguish the high performers from the laggards because of the color gradations. 10 responses on “A guide to the Heat Map Chart”